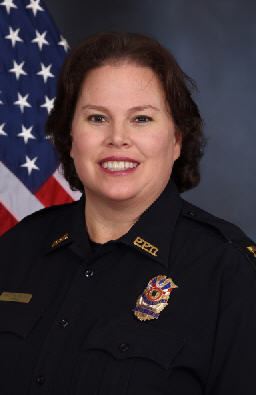 Captain Kristin Brown, whose family hails from Dunbar, WV, lived in many places - including Pensacola - while growing up as the family moved to new assignments during her father’s Marine Corps career.

She earned a Bachelor of Science Degree in Criminology from Troy State University and decided to live in Pensacola because her parents retired here.